I'm back from 12 days of the Annual Encaustic Conference in Provincetown, Mass. and a sustained period of more shows, workshops, talks, discussions, demos, presentations, panels and art bonding than can be imagined. This year, the sixth consecutive year of The International Encaustic Conference, under the Directorship of Joanne Mattera, in partnership with Cherie Mittenthal of the Castle Hill Center for the Arts, was a rousing success. It was so jam-packed with "All Waxing, No Waning" that it has taken me a week to come down from that all-pervasive waxy cloud I found myself on when I got back home. Whew!

I would like to show you a little of what went on in the three workshops I taught on Wax + Bricolage at Castle Hill. This year, as at last year's conference, I distributed to each student a mystery box of found objects along with two small wooden panels. However, unlike last year, the number of objects for the first panel were limited to six different types and each box had the same objects with slight variances in colors.

This year, students were also assigned a theme for the first panel which was A Relationship Between or Among (which could also be considered a dialogue, a contrast, a comparison or a juxtaposition). Some suggested pairings for the theme were:

There were some other simple rules and I stressed that, as always with such an assignment, editing is probably the most important consideration in making a work To assist with this, I limited the time to a bit less than two hours for the first of two panels and to allow time for a critique/discussion of the works.


Unfortunately, I guess I needed to get my teaching hat on because I forgot to photograph each student individually with their work. However, I do have images of each of the works. I believe I have the names of the artists matched correctly with their panels, but I hope people will let me know if I have made errors.

I'm going to show you both panels made by each student because I think that after making the first piece, some lessons were learned about planning, editing and simplicity. (I apologize for my iPhone photography which leaves a lot to be desired.) By the way, although the first 9" x 12" panel was made with just the objects from the mystery boxes, the second 8" x 8" panel was made using objects from my Overflowing Bin of Weird Stuff and there was no limit on what could be selected. There was also no assigned theme. 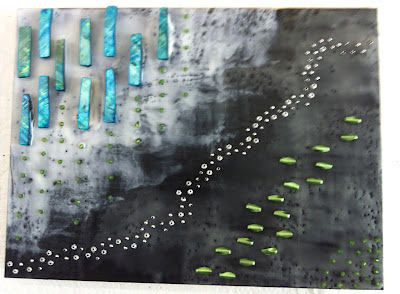 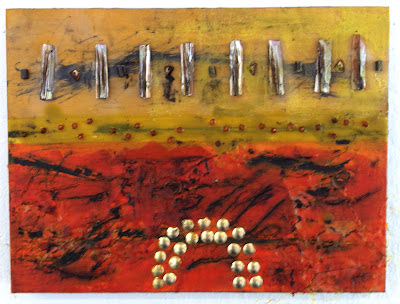 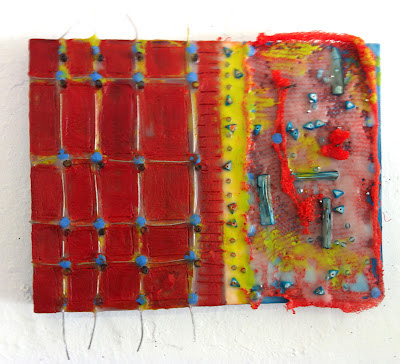 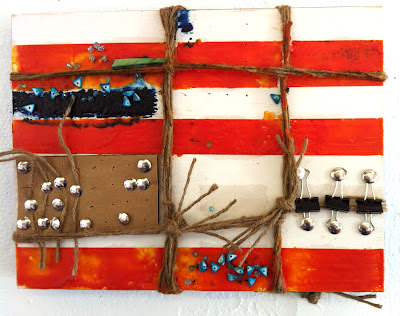 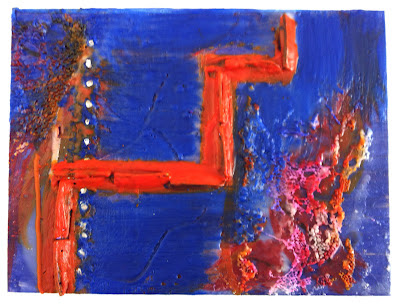 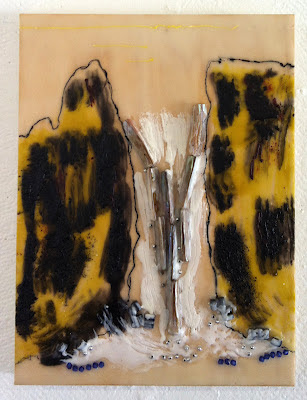 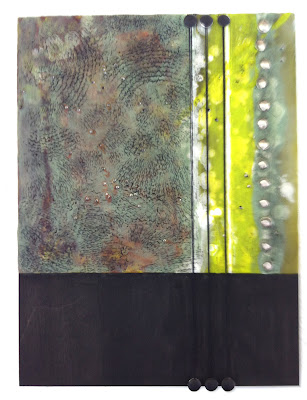 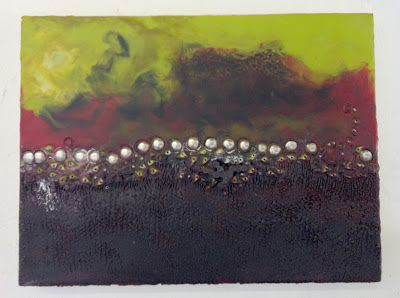 A very important part of the workshop was putting the work up on the wall, looking at it and then discussing the pieces in a formal analysis, also talking about how the works were made, what the artist's intentions were, how they were seen by viewers, and thinking about what could be changed or done differently and why some pieces were more resolved than others.

In between it all we had plenty of time for laughter and having fun. Thanks to everyone for participating and making it a great class!