I've been really slacking off on this blog because I've been too busy making work in bricolage all year. Since actually being in the studio making work is my priority, something had to suffer the consequences. Unfortunately, this blog was it - low blog on the totem pole. But now I guess I had better write a post seeing as The Conference with its Pre and Post workshops are nearly upon us. In the far reaches of the studio the Mystery Boxes have begun shuffling around and gathering their contents. Okay, okay, I hear you.


Wax + Bricolage Talk at The Encaustic Conference
This year I am doing a lot more research about bricolage than I have done previously in preparation for my talk on Friday, June 1st, at The Sixth International Encaustic Conference in Provincetown, Mass.  Perhaps the topic should actually be written "Bricolage + Wax" as I have found that examples abound of bricolage but work with wax is relatively more difficult to locate. I have been scouring the web to discover strong work that illustrates my definition of bricolage and have collected some wonderful examples.

My Definition of Bricolage Revised
Looking at so much work that can be described as bricolage (with and without wax) has led me to revise or expand on my definition. Previously I had only been emphasizing the difference between bricolage and collage. I was focusing on the additional dimensionality of bricolage when compared to collage and, somewhat snarkily, calling it "muscle." Turns out some people interpreted that to mean I was claiming only bricolage had muscle, and that all other art forms lacked heft and robustness when compared to it.


First off, it was not my intention to dis other art forms. Secondly, I think a more meaningful definition of bricolage would also take into account its difference from assemblage or found object art. I had a hard time formulating what this difference was, but I think I finally have it:

At the same time, the individual objects add a layer of meaning or content to the work as a whole because of their unique identities (which may be discovered on looking closer).

I will be talking more about this expansion of my definition and showing examples of what I mean during my talk. 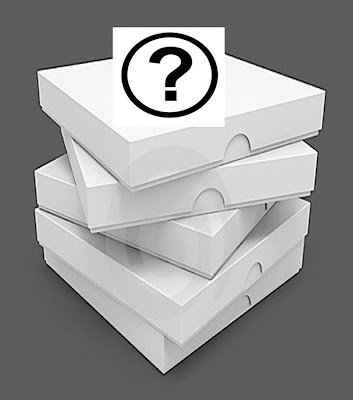 Now About Those Boxes
Yes, I am getting the boxes ready for my Pre-Conference workshop on Wednesday, May 30th, and for my Post-Conference workshop on Thursday, June 7th. These workshops will be held at the wonderful Truro Center for the Arts at Castle Hill. Last year, if you recall, I had the boxes absolutely packed with all kinds of stuff -- much more than could ever be put on the dinky panel I supplied. I wanted to emphasize how much working with found objects depended on editing and choosing what to include. I was hoping that all my emphasis on organizational approaches to making art would help students to pull together a work that became more than "a bunch of stuff with wax on a panel ."

I think some students were able to conquer the over-abundance of materials that I supplied, but many had a lot of difficulty choosing what to use and packed too much on the panel. Finding a theme in the midst of all those objects also presented a problem for some.

The New Challenge
So this year, I am organizing the workshops differently. I will still have an abundance of materials and equipment (and encaustic) available for students to use, but in each Mystery Box I am only putting two panels and five or six objects -- the same objects in each box. So the challenge this year is for each student to take those same objects, use them all or only some of them, and make a strong work on one panel.

I will also provide a list of possible themes that students might use. This list is to counteract the problems some students had last year in understanding the difference between broader, more conceptual themes and literal illustrations. With this list, I am attempting to help students think about conceptual contexts for their works.

Then, students will have the second panel to make another work with the benefit of compositional knowledge gained from the first piece. And it will all be capped with our mini show and discussion of the works completed. Whew! Sounds like a full program. And with plenty of time-outs for laughing.
Posted by Nancy Natale at 1:38 AM